If you look back to your childhood and teenage years, can you see where your interests, passions or even your career, started?  We’re always hearing stories about people like Andy Murray and how they started playing tennis aged three, so it’s interesting to think about yourself and what you liked to do then.  I thought about this recently when I was looking through some old photos.  My husband’s love of hillwalking started when he was a toddler in a backpack.  He was given the chance to enjoy the mountains, and they became a really important part of his life. 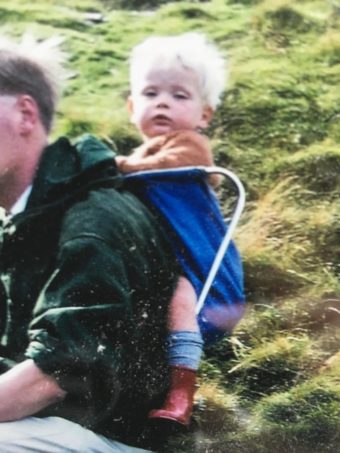 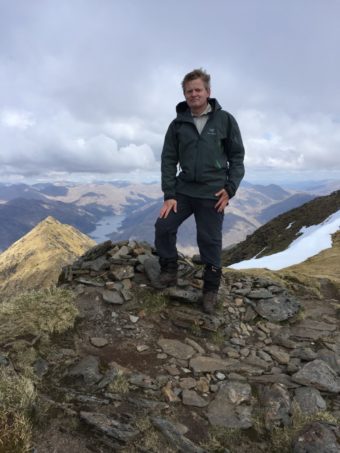 I sometimes wonder if my daughter will always have the same interests she has now, or whether they’ll change as she grows up.  One of her favourite activities now is dancing, and this started 11 years ago when she was two.  I showed her a bit of our Swan Lake video to explain what ballet was.  She kept asking for “Swan Yake” over and over until she was watching the whole ballet and dancing along to it.  Out would come the pink tutu from the dressing up box, and the winter boots for the folk dancing.  One of us would have to pick her up for the “yifts”. 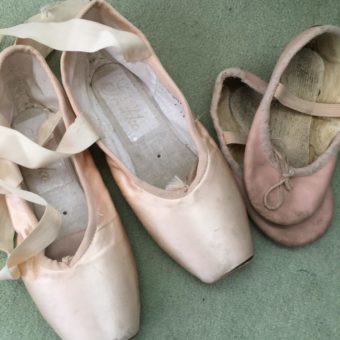 I grew up in a Derbyshire village, with no idea that other languages existed.  Perhaps a first sign of an interest in language was correcting people’s English, which I remember doing at age 3 or 4 when some builders were costing their work at our house.  One of them said “in’t it?” instead of “isn’t it?”.  And worse still, an older friend said: “I’m just gonna get Jane summat from t’ shop.”

Later on, at primary school my friend Nicole’s mum was Swiss.  She was from “abroad”!  And Nicole even had an adopted sister who was black. I heard her mum speaking French.  They were talking and I couldn’t understand what they were saying: this was exciting and amazing.  They sent me a postcard from Lausanne and I couldn’t understand why you’d go to visit family there and actually come home again afterwards.  On holiday in Wales we saw road signs written in Welsh and heard people talking with a string of sounds which meant a lot to them and nothing to me.  I longed to be able to break all these codes.  Our annual holidays in Tenby combined two of my (still) favourite things: the seaside and contact with another language. 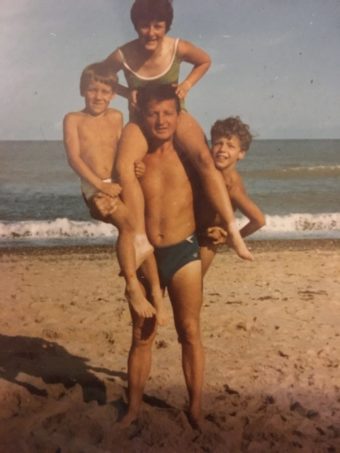 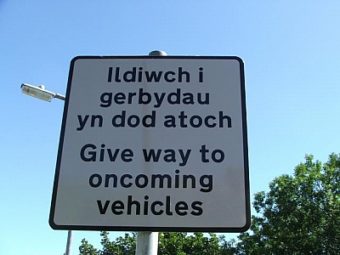 I did find one “code” I could break.  On holiday once my Dad taught me Pig Latin, a secret children’s language of the 1940s which involved changing vowels to make words incomprehensible to adults.  He was fluent in this, so I thought French would be similar.  In his particular type of Pig Latin, you put “ag-“ in front of very sounded vowel.  Sago magy nagame agis Jagane.  Apparently other languages have similar children’s secret spoken codes, I must look them up…

When I was about eight my Dad bought some ancient books in a junk shop and they included Arthur Meagus’s “Children’s Encyclopedia”. Each volume was made up of periodicals bound together in sections.  They could be from the 1920s or 1930s.  In the back of each section there was always a picture story in French, with the English underneath.  It was like a serialized textbook.  I was fascinated. 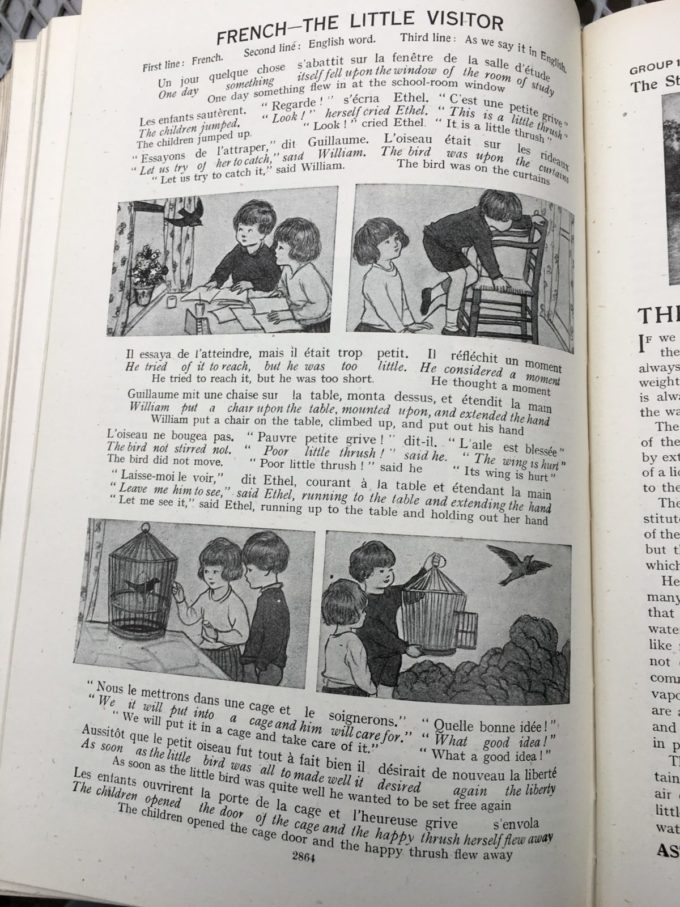 I wanted to crack the code and learn French, so I wrote out the French words with the English equivalent provided below.  But it didn’t work. There was no consistency and I got tired of writing out the words and puzzling over the verb conjugations.  Why did the word for “want” keep changing?  I gave up.  My Mum said that at secondary school I would be able to learn French, and later German as well.  It was a long time to wait, but I got there.

There are lots of other childhood things I still like now.  If you can’t remember, you can easily spot these things by rummaging through your old photos. 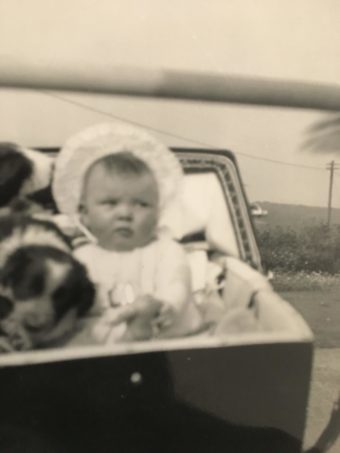 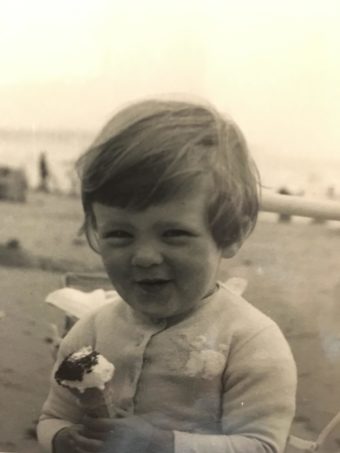 Ice cream, especially at the seaside 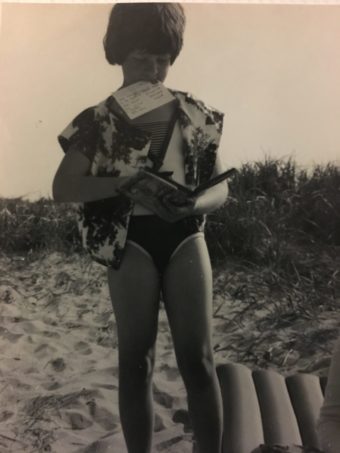 Books – in this photo, probably the Famous Five

In the meantime one of my brothers had “green fingers” and was drawn to the garden.  He had his own little green house when he was eight and he grew a lemon tree to the height of a doorway from a pip.  My Mum once found him getting up at 5 am, fresh as a daisy, putting on his clothes to go in the garden and check his plants.  Tall oaks from little acorns grow:  he put down roots with his business in London and now he’s a tree surgeon.

Previous Post: « The Lost Words: how a stroke can take away language
Next Post: Sing with your baby »