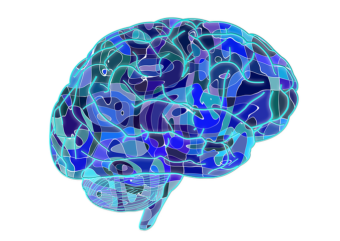 It’s a bit more of a serious blog post today.  I’m touching on what life can be like for those people who, in a few seconds, lose their language.  If you’re learning another language you might get frustrated when you can’t find the right word to express yourself.  But what if you regularly can’t find the right word to express yourself in your native language – or you think you’ve found the right word, but you’re greeted with blank looks, shock or laughter?  That’s what can happen to people who’ve had a “stroke” –  brain damage caused by a blood clot or bleed in the brain.  If a stroke affects the language centres of the person’s brain, their understanding and/or production of speech (or sign language, in a deaf person) could be affected.  This happens to about a third of all stroke survivors.  It’s called aphasia.

Recovery from a stroke

Information on the Stroke Association website shows you what to do if you suspect someone (or yourself) has had a stroke.  If they can be taken to hospital and treated straight away, their recovery chances are hugely improved.  Publicity campaigns have led to an increase in awareness and support for strokes and more people will have the chance of a good recovery.  The main aim of the Stroke Association is to support stroke survivors to rebuild their lives.  All strokes are different.

Volunteering for the Stroke Association

The Stroke Association is always in need of volunteers to help stroke survivors.  I’ve worked with a lady who was severely affected by stroke to find the words she was looking for, by using word association games.  Then I spent Saturday afternoons helping an ex-Hollywood actress to write her memoir after a stroke affected her vocabulary and grammar.  She’d been to parties in the 1930s, with James Stewart and Errol Flynn!  Her story had to be told.  More recently I was a regular assistant at a weekly exercise class for people physically affected by stroke.  The challenge is to chat with the class members without talking too much yourself.  You have to allow them the space to express themselves without supplying them with the words you think they’re looking for.  All this gets easier as you get to know each other.  At first I wondered what we could talk about, and I admired the teacher, who had such an easy way of talking with her class and could make everyone laugh without offending anyone.  I used to ask the person sitting next to me how they travelled to the class, and we took it from there.

An experience in my family

I’d already had experience of aphasia, in my own family.  My Dad had a stroke at the age of 46.  It can happen at any age, and in his case it was the result of untreated cardiac arrhythmia.  After a visit to a friend, he’d tried to start the car and been unable to set off.  His friend called an ambulance.  In that short time my Dad went from proudly super-fit first-couple club tennis player to someone who was glad to be sent home from hospital alive.

Some people suffer from depression after a stroke, but my Mum was astonished when my Dad discovered an interest in trimming the hedge and doing all the jobs she’d been trying to get him to do before.  The truth is, I think, that he was a bit depressed before the stroke and the life-threatening incident was a sort of wake-up call.

When I first saw my Dad in hospital he didn’t know any of our names.  If asked to point to the floor he’d point to the ceiling.  My Mum took him a pile of books to read but he looked at her in disbelief, as though to say “What do you want me to do with these?”  He had to re-learn to read.  He was shocked and embarrassed at suddenly falling ill.  The small amount of speech therapy on offer didn’t interest him, so I re-taught him to read using Paddington books.  “Oh no, here he comes again, Padd-ing-ton.”  I can’t remember how long it took him to read fluently again, but 2 or 3 years later he was reading “Schindler’s List”.

The stroke left a weakness on my Dad’s right side, so writing was difficult and the days of competitive tennis were finished.  The “new normal” was going to be active, but less sporty.  The epilepsy caused by the brain damage was controlled with drugs.  Talking one-to-one was fine; talking in a group was not.  Strokes can cause a huge loss of confidence. Some friends help and some might fade away.  Early on in my Dad’s recovery, I saw one of his friends looking embarrassed as he tried to have a conversation with him.  It must have felt like talking to a different person – my Dad was no longer the witty person he’d been chatting to a few weeks previously.

Aphasia causes hesitation in speech as the person searches for words, and some of the words produced can come as a surprise for the listener.  In a restaurant, my Dad wanted ice cream with chocolate sauce and he ordered “ice cream with a black top”.  “Your bedroom’s all up in the air” meant you’ve left your light on.  He might say “leg” instead of “arm”.  I mentioned the town of Chesterfield and he said, “Chesterfield? How do you spell it?” and then he knew.  A heating engineer came to look at our boiler.  “Oh no, you haven’t left that man on his own with Dad?” asked my horrified brother.

At first my Dad, with his usual sense of humour, wondered whether it might be better to build up on his schoolboy French rather than bother with English.  He gravitated towards people he thought would be patient, or those who had a language problem themselves.  He hated it when concerned neighbours asked him how he was, and preferred people not to know about what he called his “funny do”.  A stroke is a tough thing to come to terms with yourself, and on top of that you have to watch other people’s shocked reactions if you tell them.

Support for people with aphasia

Since my family’s experience I’m aware that if I meet someone who’s struggling to talk, there could be all sorts of reasons and stroke could be one of them.  They might tell me about it, or they might hope I don’t notice.  If people know you have aphasia, they can make allowances for difficulties and they might be able to help.  It’s great to get support from other people, but we can also feel vulnerable if we admit to a weakness.  This became very clear to me when I read the book “Sapiens” by Yuval Noah Harari, about the threats of the hunter-gatherer world that shaped us.

The Stroke Association website has lots of information, help and guidance about support for people affected by stroke in different areas of the country.  It also tells you how to apply to become a volunteer.

What can we do to try to avoid stroke?  We can follow stroke prevention advice on the Stroke Association website and read about the symptoms of stroke there.  Our brains are fantastic machines and if the damage is not too widespread they can learn to “re-route” at least some of the things they did before.  Our brains are who we are, so we should try to take care of them if we can.