How can you enjoy language learning at home, if you feel like chilling out?  I mean, if you already have a good understanding of a second language.  Easy – just think about the things you love to watch, read, or listen to in your native language.  Then look for the same sort of thing in a second language.  It’s like finding your own way of exercising your body (which includes your brain) – we’re always advised to do something we enjoy, and then we’ll stick with it and reap the benefits.  In this case you’re “just” exercising your brain, and this will help to keep it healthy.  The website healthylinguisticdiet.com is about a campaign to raise awareness of the value of language learning throughout life.  You can learn a language at any age.  My Godfather learned Spanish in his 80s and I’ve taught German to an 85 year-old student in an adult education class.  And as the title of this post tells you, adults can enjoy content which is aimed at kids.

You don’t have to understand everything you hear or read.  I’ve always been someone who loves reading but can’t resist looking things up.  That makes it more like a toil in the long run and I’m less likely to get to the end of the story!  If some unknown words are limiting your understanding of what’s going on, try re-reading the chapter or page and you’ll find it gets clearer.   You’ll still be reinforcing the words and phrases you already know, and learning some new ones in their context.  After all, words don’t exist in isolation.  When my daughter was small we used to read our favourite picture books over and over, and she seemed to go by the words she understood, never noticing that there were new words.  These were being absorbed and learned over time.

I’ll take the example of French, with English native language, but the same applies to any language background.

Do you have a favourite book in English which has been translated into French or another language you know?  Choose a book with everyday vocabulary, and you’ll learn French the way people speak it.  And you’ll already have some guidance in place because you know the story.  You could choose a book aimed at a younger age group to make it easier.  A lot of fiction aimed at children or teens is enjoyed by adults too.  Some time ago I wrote a blog post about Tom Gates books, a fun read for adults as well as kids.

When we were browsing the books in “Librairie La Page” in Kensington recently, my daughter spotted a copy of “Wonder” by J. Palacio, in French.  It’s about a boy whose face is different from everyone else’s.  She says: “This story is so powerful and meaningful that it is super-popular in the UK.  I’d read it in English but I wanted to try it in French, and it has been challenging!  I’d recommend this book for ages 11 and up.”  This book was made into a film recently.  It sounds fascinating and my daughter’s going to pass it on to me when she’s finished with it. 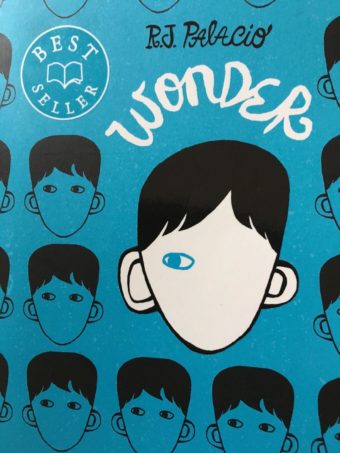 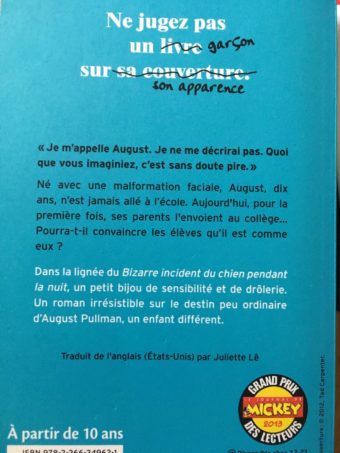 If you do pick up a book which you’ve read in your native language, it’s interesting to notice how some phrases and names have been translated and recognize the challenges facing the translator.  If you were translating Harry Potter, how would you translate Harry’s address “Privet Drive”?  For me it conjures up a stereotypical British suburban street where nobody wants to be “overlooked” and so each garden is surrounded by a privet hedge.   The translator considers the effect the phrase has on a British reader before looking for an equivalent in the target language.  These “cultural references” can be tricky.

For any age and interest, magazines are a great idea.  You can find anything from fashion to news to gardening to sport.  My daughter found one she liked by browsing the teen magazines in the Mediatheque in Pau, France.  “One of my favourite things to read is Okapi magazine.  It’s a French children’s and teens’ magazine which is full of good content and helps to improve my French.”    You can look online and buy a subscription.  It’s uplifting to find a parcel waiting for you every two weeks when you get home from school, and you can pass the magazines on to friends or family afterwards.  I enjoy Okapi too.  I like picking up the latest teen words as well as cultural things and getting more of an insight into the teen world….well, a lot of the features are relevant to us all. 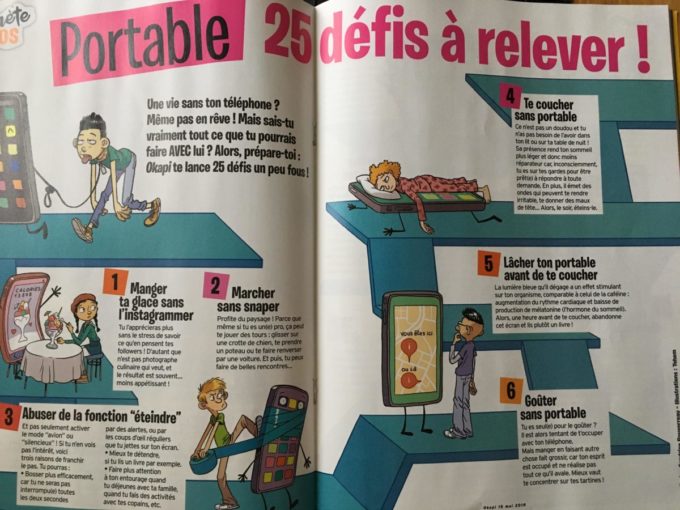 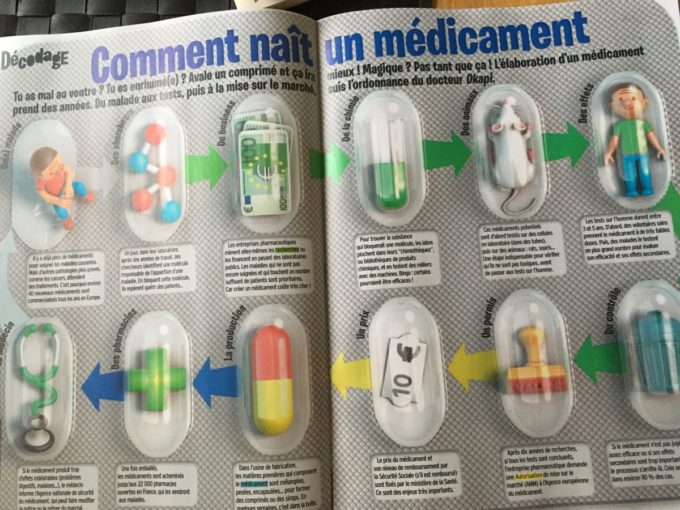 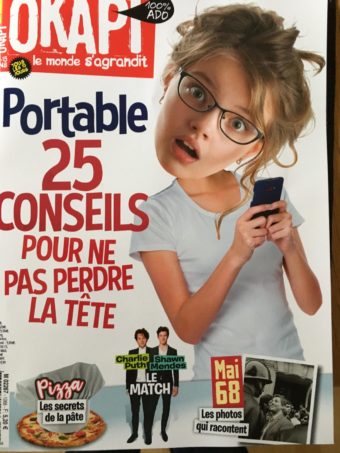 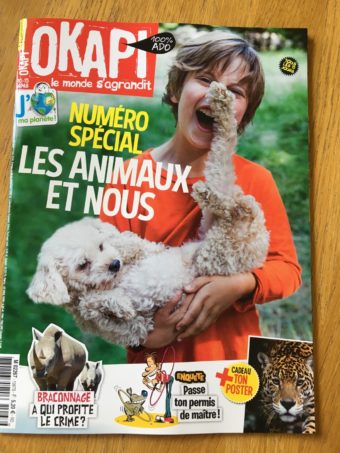 My daughter: “From Okapi magazine I’ve found out about French music, YouTube accounts, and TV programmes.  One of my favourite French songs is “Vol des Cygnes” by Laurent Lamarca.  I  also love “Viens on s’aime” by Slimone and “Une fille de la Lune” by Naya.”

Songs really help with language learning.  Music adds enjoyment and makes words easier to learn.  When I was learning Latin at school, a friend set some of the grammar to music and I can still remember it: “With a hic, haec, hoc…”.

My daughter again: “I’ve started watching a TV show, “Miraculous”, that’s originally French, but it’s well known in the UK too.  I watch it in French on YouTube, and new episodes come out every few days.  It’s an adventure series about two superheroes, Ladybug and Chat Noir, but they don’t stay superheroes for long.  They transform back into ordinary school kids after their work is done, and they have to keep their real identities a secret…”

You don’t need to be restricted to TV series.  There are some interesting YouTube accounts too, about whatever you would choose to watch in English.  “Okapi” recommends iletaitunefoislapatisserie for those who enjoy making delicious cakes (yes, cakes again).  It’s a mouthwatering watch, makes a change from English-style baking, and some of the recipes are simple and quick.  If you’re an Okapi reader you might enjoy a sport or music or dance account, or something about the environment or wildlife.  Just as in reading and listening, repetition is key: repeat the same episodes or videos and you’ll learn much more.

If you find something you’re passionate about, you’ll be “in the zone”.  And you’ll be learning more language without realizing it.  Just like we do in our native language, all the time.

I’ve just used the idiom “being in the zone”, and I was thinking about other English idioms with a similar meaning.  I’ve read the phrase “Are you letting your heart sing?” and it’s obvious what it means.  There’s only one you, and it’s like “living life to the full”.  But that phrase “Whatever floats your boat”?  You need to be careful with this one.  It’s a bit like “Each to their own” or “It takes all sorts (to make a world)”.  It means you find your companion’s tastes very strange…

More about idioms in various languages here: idioms with vegetables, the origins of some idioms, and idioms relating to the EU referendum.