My daughter and I were looking through her old DVDs the other day and reminiscing.  I couldn’t bring myself to give any of them away, which is probably why our house is so full.  This is one of our favourites.

“La maison de Toutou” (literally, “Doggie’s House”) tells the adventures of an affable but pompous dog puppet.  The series was dubbed into English and broadcast in the UK as “Hector’s House”.  It was first broadcast in 1967 but its heyday was the 1970s and more than 70 five-minute episodes were made.  Its charm comes from its lack of sophistication: you can see very plainly that these are hand puppets. When I was teaching in a nursery I showed the kids some TV series from this era and they loved the gentle stories.  I should add that you can watch the series in either language on DVD or on YouTube.

Toutou and his cat friend Zouzou (Zsazsa in English) live in the house but most of the action takes place in the garden, which is full of lovely flowers.  Toutou has a kennel in the garden but only uses this for when he wants to get some peace and quiet on his own.  His big floppy ears suggest he might be a basset hound and his dungarees have a hole in the back for his tail to come out.  In the English version he has such a posh accent that the word “here” sounds like “hyar”.  The friendship of dog and cat is unlikely enough, but there is the addition of Kiki the frog from next door, who wears a pink checked hat and smock.  A dog or cat would surely make short work of a frog, but they all have fun together, Toutou finding Kiki a bit of a nuisance but tolerating her because she and Zouzou are such good friends.

There is a notice outside the garden shed: “Interdit aux chats” and Toutou points this out to Zouzou, only to be told “Je suis une chatte” (a female cat).  I don’t know how this was translated into English!  At one point Toutou comments on the sunny weather and says it’s “le temps idéal pour planter nos salades.”  So in French he plants lettuces, whereas in the English version he plants carrots: “It’s perfect weather for planting my carrots.”

Toutou likes to help Zouzou and Kiki, but often he’s actually the one who needs help and they end up playing little tricks on him to teach him a lesson, leading to this catchphrase at the end of each story: “Je suis un bon gros Toutou (whatever he was in that story).”  In English he says “I’m a big (whatever he was) old Hector.”  And somehow he manages to look humble when he says it.  How can a hand puppet do that?  There’s just a close-up of him with his head on one side.  In one episode he learns to play the tuba, in another he makes jam and in another he and his friends pile up his ancient open-top car and go off on holiday.  The luggage includes various hats and one (only one) deckchair, balanced on top.  As they drive away, it doesn’t fall off.  Yes, as it says on the English DVD, it’s all “barking”. 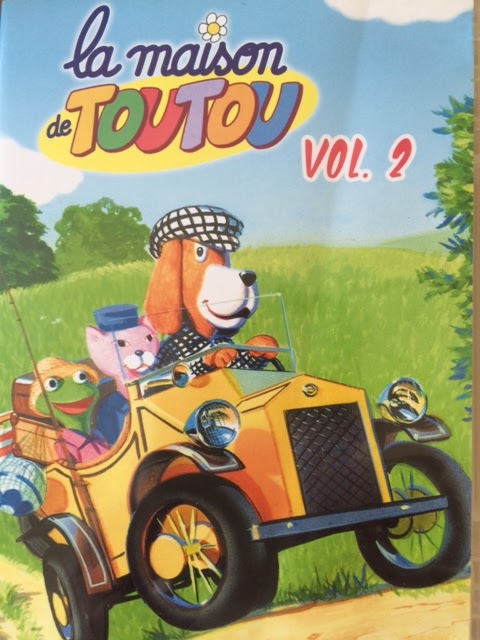 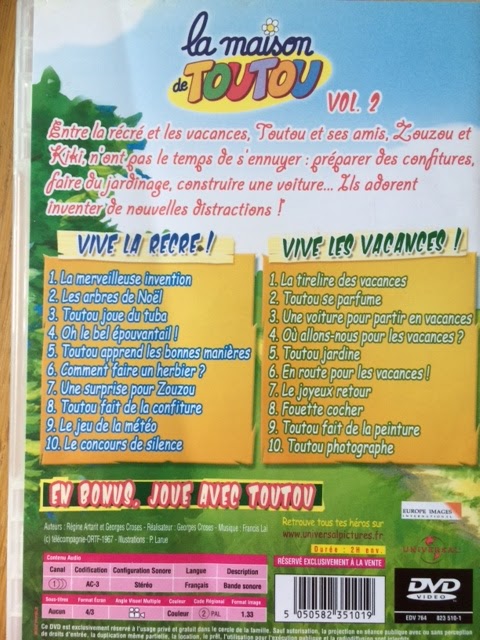 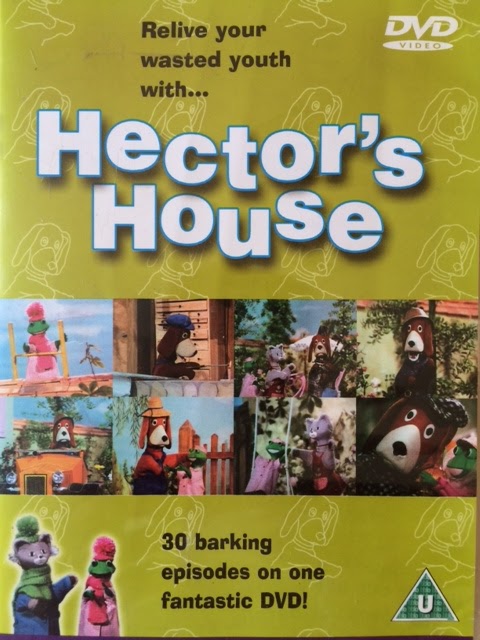 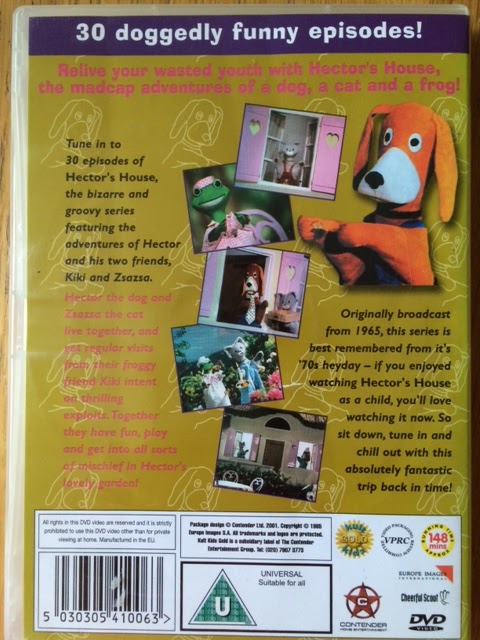