We first discovered the value of kids’ TV in German when we were on holiday in Berlin.  We’d be getting ready to go out in the morning and the TV would keep our daughter occupied at the same time as teach her some more German.  Back home in the UK we found some of the same programmes on the TV websites, and there were trailers for even more programmes on her German DVDs.  My daughter says:

“I’ve got a DVD of the series “Meine Monster und Ich”, dubbed from the English “Me and My Monsters”.  I liked the trailer for a series called “Tiere bis unters Dach” (a house full of animals) so I looked it up and watched the first series.  There isn’t really anything in English to compare it with.  It is about 2 sisters aged 9 and 11 who move from Hamburg to a village in the Black Forest, where their dad opens a new veterinary surgery.  They don’t get off to a very good start because the villagers are wary of them coming from a big city in the north.  They have lots of adventures overcoming their difficulties and helping animals.”  So far there are 69 episodes on www.kindernetz.de.   I think my daughter has seen most of them.  There is also animal info and a secure forum where the fans can write to each other and to the production team.  Great for animal lovers.  The series has been running for several years and so you can follow the girls as they grow up. 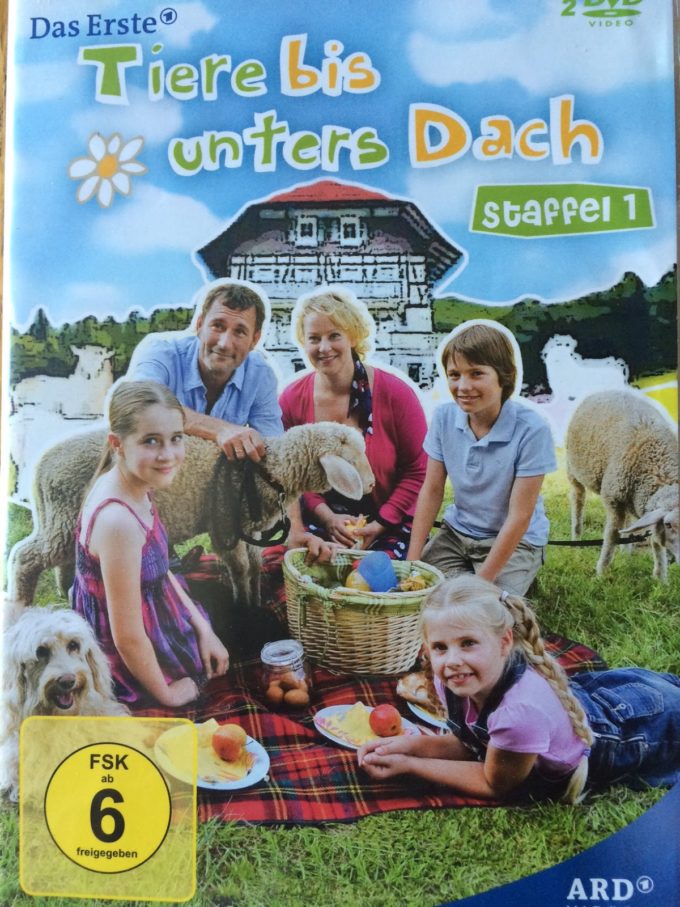 There was also a trailer on the DVD for “Die Pfefferkoerner” ( The Peppercorns) which according to my daughter is  “like a fusion between a modern-day Famous Five and a crime drama….  It’s about 5 kids living in the industrial area of Hamburg, in the historical warehouse district.  They each come from different backgrounds: orphan/single parent/migrant/youngest in the family etc. and they all support each other.  Together they solve crimes.  It’s really fast-paced and exciting.”  So far there are 112 episodes on www.kinder.ARD.com  “Check Eins” is  another name for this website.   A few books have been published  which tell some of the stories, but they only seem to be available to buy second-hand and so we ordered them cheaply through  www.amazon.de.   Unlike the “Tiere bis unters Dach” series, we don’t see these kids grow up.  Instead, their age range is between 9 and 14 and when they get older the story allows them to leave for whatever reason and they get replaced by a new “generation”.  The first “generation” keeps a journal of the cases they solve and this gets passed on to the next, and the next… 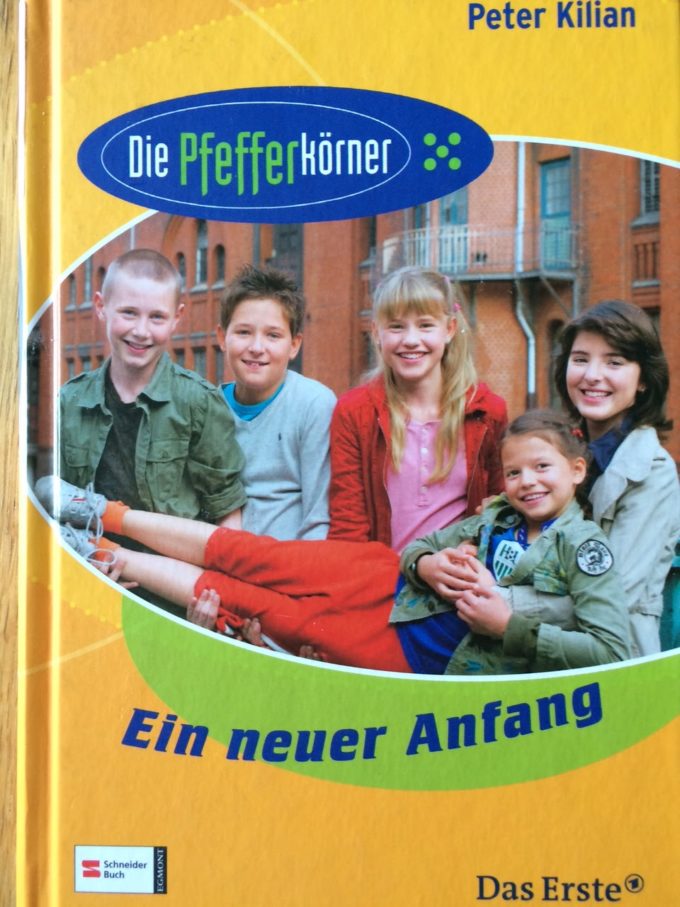 We’ve found that getting absorbed in a kids’ adventure series in another language gives you more insight into their native country, and you can relate to the characters and see them overcome problems which you might be familiar with yourself.  You can learn lots of informal language too, and get better at understanding German spoken at speed when the going gets tough!

On www.kika.de you can find “Kikaninchen” for ages 3 – 6, and the range of programmes includes “Dinotaps” (“Dinopaws” on CBeebies) which my daughter used to like.  Now she likes the look of a sci-fi programme called “Annedroids”; “Emmas Chatroom” (originally Austrialian but dubbed into German); “Dance Academy” and “Schloss Einstein”, about some kids at a boarding school.  All these are for ages 10+.

www.ndr.de also has kids’ programmes, and on www.wdr.de you can find the lovely “Sendung mit der Maus” and “Sendung mit dem Elefanten”, supposedly for little ones but I like them too.  Watch out for a fun series called “Tom und das Erdbeermarmeladebrot mit Honig” (Tom and the strawberry jam sandwich with honey) on www.kindernetz.de.  This is really creative, and one of my favourites.  I think this would also be good for adults learning German.

As for French kids’ TV programmes, my daughter hasn’t yet found anything to get involved in.  On holiday in France, she has often watched www.gulli.fr, which has programmes for kids of all ages.  She likes “Pokemon”, and “Victorious”.  www.arte.tv/fr  is a Franco-German TV channel with some programmes for juniors, documentaries and adapted news.  We’d be glad to hear any suggestions for series we could follow in French.

« French idioms for Brexit (2): we’ve got the cockroach
Working like an ant – idioms »