Do you know how to sneeze in anything other than your native language?  I don’t mean the equivalent of “bless you”, I mean the actual noise you make when you sneeze.  It’s different in every language.  There are other sounds we make, too, which mean something although we don’t consider them to be actual words.  On holiday in Stockholm we went into a shop and were greeted with “Hej, hej”, which is Swedish for hello.  (I wonder if the UK is the only country where the shop assistants say absolutely nothing to you when you go in).  Anyway, it sounded like “Hey! Hey!” so my husband was looking round nervously to see what he was being alerted about.

Children picking up a second or third language learn these “interjections” from cartoons and from other toddlers and preschoolers.  My daughter loved her cartoons on DVD and would listen to the same ones repeatedly.  But mostly she learned the sounds from other kids she met who were native speakers and who used the exclamations while playing.  She’s contributed the cartoon drawings below.

There are loads more we could add to this list – any contributions, or maybe interesting ones in another language? 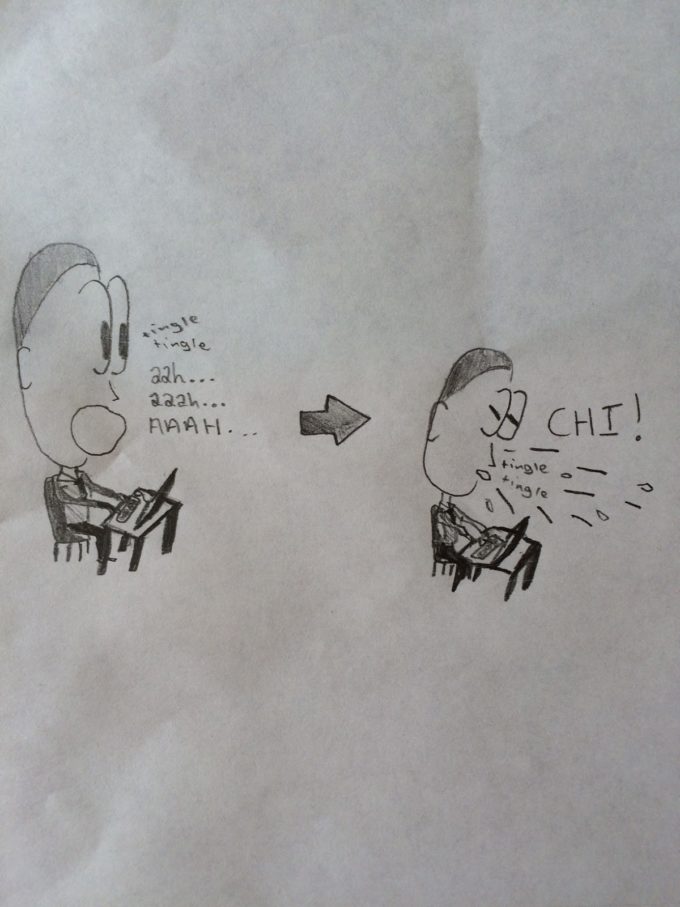 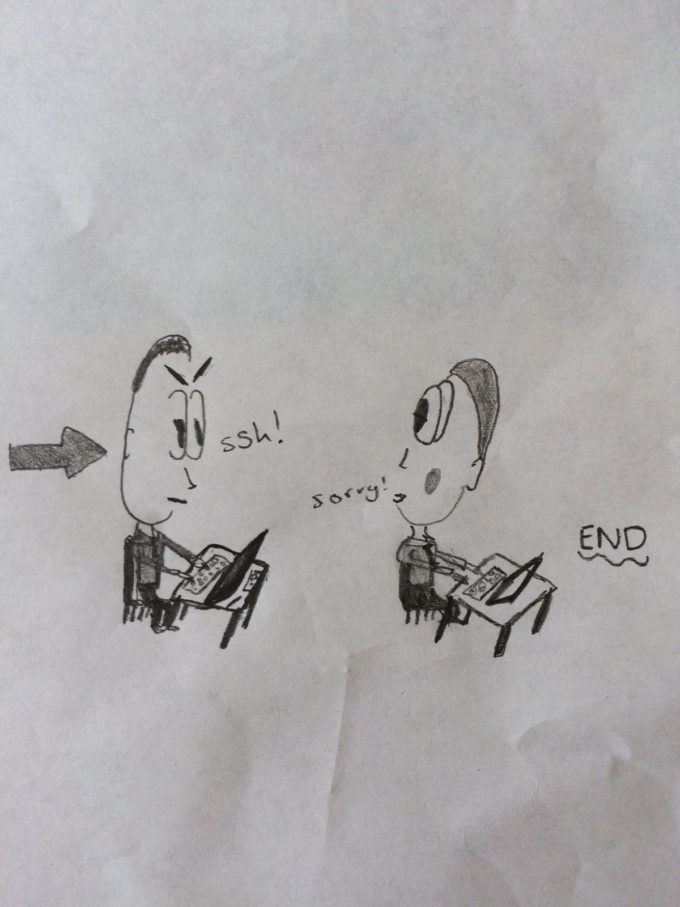