The BBC final final of the Bake Off was on 26th October 2016, when we were in France, but on that same evening we came across the French version on TV there:  “Le Meilleur Pâtissier”. 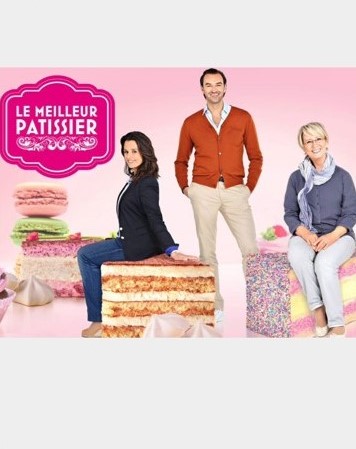 Apparently the Bake-Off has taken off in 20 other countries including Germany, Sweden, the Netherlands and Italy.  That snappy name “Bake-Off” has been translated in various different ways.  In Germany it’s called “Das Grosse Backen”, the Big Bake, transmitted by the Sat 1 channel and reaching its final in the first week of December.  One of the judges has a very grand name and job title, even by formal German “Frau Professor Doktor” standards: “Bettina Schliephake-Burchardt, Konditorei-Meisterin und Tortendekorateurin”.  Phew.

Anyway, back to “Le Meilleur Pâtissier”, or The Best Pastry Cook.  This is Season no. 5, held in the grounds of Le Château de Maillebois near Dreux in the Loire Valley.  It’s being transmitted by the French MC channel and the Belgian RTL-TVI1 in marathon 2-hour episodes.  In the UK we’re used to seeing the programme trimmed down to one hour, with no commercial breaks (ahem) so we needed quite a bit of stamina to watch this from start to end.  Like the German version, the French final is in the first week of December.  The first thing we noticed was that the set-up looked exactly the same as the British one.  The same rural surroundings, the same tent, the same kitchen arrangement.  My hawk-eyed daughter noticed that there was more clutter in the tent, the fridges were personalized, and for some unknown reason there was a piano standing there.  She reckoned that in the British version the latter would have come in useful.  Sue Perkins once visited her school and entertained them all on the piano in assembly.

Who would be playing the parts of Paul, Mary, Mel and Sue in this French bake-off?  We were eager to find out.  It turned out that the equivalent of Paul was Cyril Lignac, described as France’s favourite chef, specialising in patisserie, bearded like Paul with the same distant look in his (not-so-penetrating) eyes each time he tasted one of the cakes.  The equivalent of Mary was “Mercotte”, real name Jacqueline Mercorelli, a well-known cookery writer a few years younger than Mary.  There was no Mel – just the one presenter whose name was Faustine Bollaert, the same kind of jeans-and-jacket as Sue but with longer dark hair and no trademark glasses. 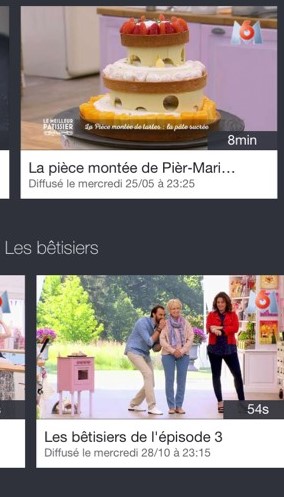 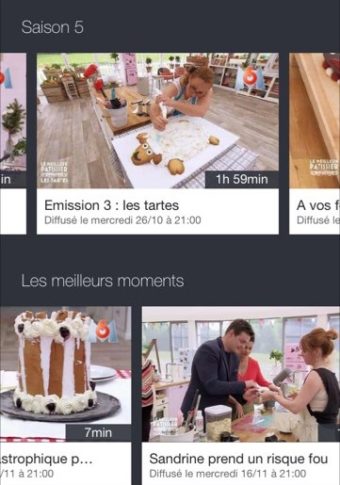 The programme had the same challenges (“défis”) as the British Bake-Off ones.  I don’t know if they have the same tradition of double-entendres but there were lots of catch-phrases.  Even when beginning to learn a language I think it’s fun to watch and listen to programmes like this, to recognize words and phrases you’ve already learnt or ones with a meaning which is obvious from the context.  Don’t get stuck on that beginner’s course – branch out a bit.  Of course, that’s much easier and more amusing if you’re watching a programme you already know from your native language. “Le Meilleur Pâtissier” is given a posh introduction on the TV schedule: “une émission de téléréalité culinaire”.  Below I’ve listed some phrases from the programme, without their English meanings so you have the opportunity to work them out!

Hmmm, “Pâtissez!”….not quite as punchy as “Bake!” is it?  In her memoir “Spectacles”, Sue Perkins reckons that she can’t go anywhere in the world without someone shouting “Baaaaaake!”  I suppose it’s the way she says/shouts it in the programme.  She writes in her book that it’s in a “strangled and slightly sarcastic manner.” (p 366 in her book).

In case you want to have a look at some recorded material, this link will take you to some videos of previous Meilleur Pâtissier programmes:  www.6play.fr./le-meilleur-patissier-p_1807

….and this link will take you to some recipes from the series:  www.cuisineaz.com/emission-le-meilleur-patissier-m6-c8350.aspx

On your marks, get set, baaake!

« “La Page” – French bookshop in South Kensington
Hygge, and how we recreated it at home »